Back from Our travels 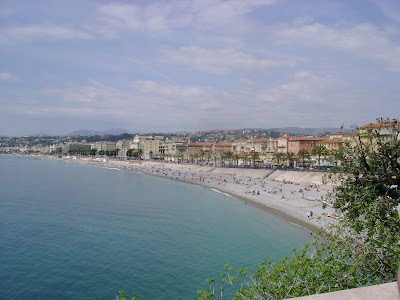 We are back from Nice and the Cote D'azur in the french riviera. We also visited Montecarlo in Monaco which is just a short bus ride up the coast from Nice. The coastal landscape is interesting, and as we were flying into Nice I had an amazing view of the coastline west of the airport itself as we approached the airport parallel to the shoreline. The Public bus service in the area is very reasonable, at 4 euro you can get the bus from the airport and unlimited use of local busses and trams for the day. Obviously we did a lot of our touring and sightseeing by bus and tram, it sure beats paying through the nose on our own public 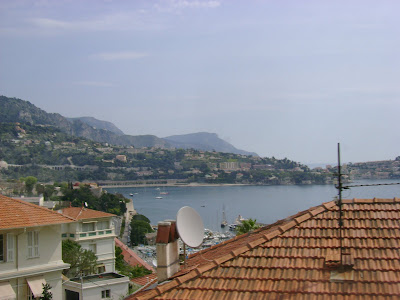 The bus to Montecarlo was only 2 euro for a return ticket. It is a nice trip along the coast too. I preferred Nice to Montecarlo, even though Montecarlo had some great specimens of the giant white strelitzia plants. It was amazing to see these bird-of-paradise flowers towering over the banana trees beside them. I had to look twice to check which were trees and which were strelitzias. There were many standard strelitzias flowering all over Nice and Montecarlo. Also Montecarlo was in the process of preparing for next months Grandprix motor race so there were barriers and viewing platforms being erected all over the place, which made it quite scruffy. 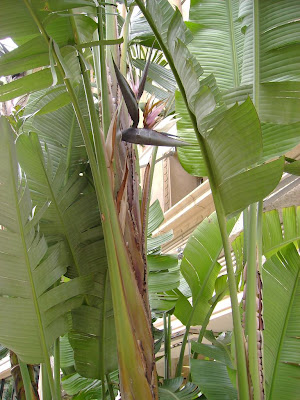 Sadly we did not have the time to visit all the sites immortalised by the impressionists in the area, nor to any of the art galleries in the area which include galleries devoted to Renoir, Matisse and Chagall among others.
Posted by Unknown at 2:18 AM