Both sides of the Pyreneese Mountains, and Catalyns.

I am back from my travels in Girona, Spain.  The weather while not always balmy was quite good, with some nice sunshine. It was warmer than the snow and sleet I've arrived home to here!  My legs are suffering after walking around the old 14th century (rebuilt from the 1st century BC) walls of the city, I don't think I've climbed so many steps and stairs in the whole of my last decade!  (Unless you count the steps in Barcelona of course.) and there are many others within the town too.  The nearest thing I found to elevators were the Spanish Castell groups who spent the evening in Independence square building human towers while we ate al-fresco. They carried on into dark, an unexpected bonus for our evening.
Girona in the evening sunshine 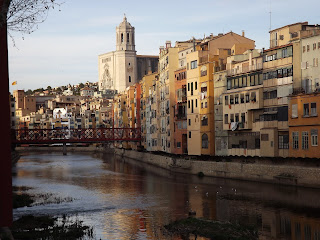 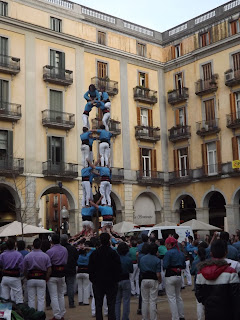 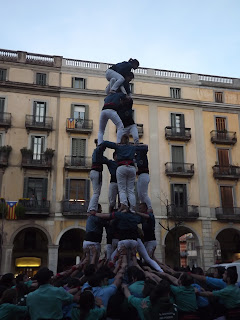 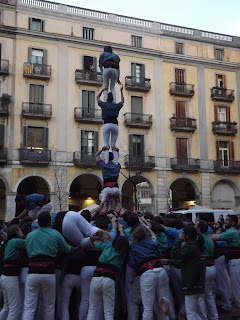 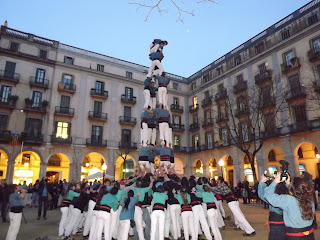 There are many sights in Girona, but the river and it's reflections is one that seems to be a classic.   I was more interested in the shoals of carp swimming in the river, but I don't think they are fished for. 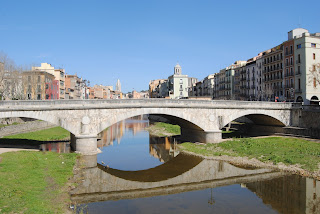 Carp in the river 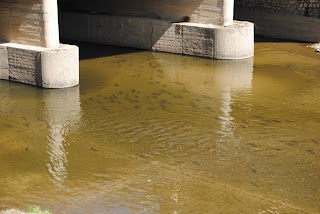 Girona from the old city walls 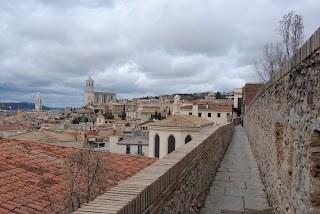 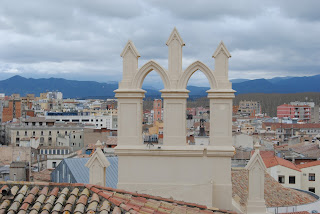 We travelled north through the pyreneese mountains to Colioure in France, still part of traditional Catalonia, to visit the Templiers Hotel famous for it's collection of art, collected in lieu of payment over the years.  I also did a little bit of painting and sketching around the harbour while we were there. 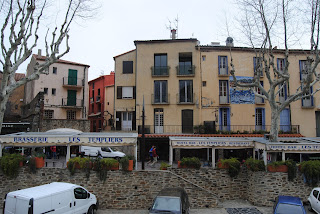 Enjoying a coffee within the Templiers Hotel 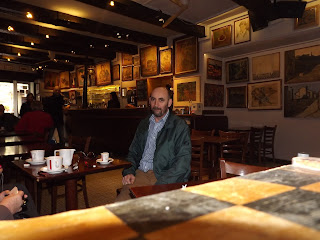 and at work around the harbour. 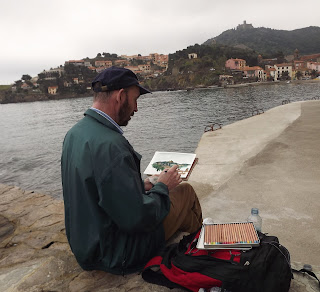 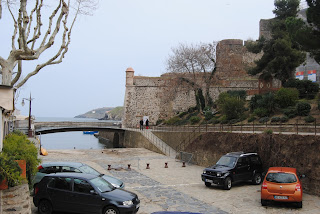 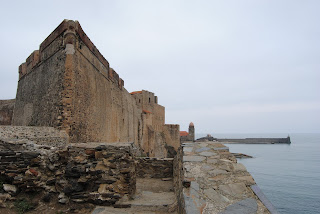 As usual, time caught us out and I didn't manage to visit Roses and Cadeques.  But that is another trip to look forward to in the future.

From Snow to sunshine... 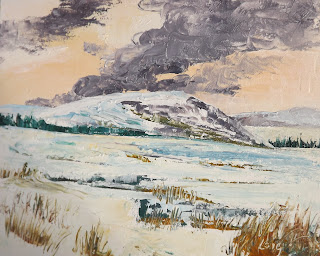 We had snow this week, so spring must have arrived!  I endeavoured to paint one plein air up in the Dublin Mountains on the old military road towards the sally gap.  I thought about doing a second, but my hands were so cold I couldn't control the paint... the time of day is late afternoon and the temperature was dropping below freezing again.   In the sky are bands of cloud heavy with snow showers, these came across the sky in regular lines, throwing down their cargo of snow in 10 minute waves.  Unlike many other areas, when we get cold weather here in Ireland it is a damp cold, and although not as cold as other countries, it feels much colder.
A day later the snow had gone again, two days later I was out doing some work in shirt sleeves.  Welcome to the Irish weather.

I'm off to sunny Spain next week, (Northern Catalonia) weather forecasts for between 15 and 20 degrees centigrade, possible showers.  Just like an Irish summer.  I must remember to pack my sketchbook, I think I may take pastel pencils as well or instead of watercolours.  We will probably travel across the border to southern France too.  We want to visit Cadeques, Colioure and of we have time the Narbonne.  it will be a change from today, St. Patrick's day in Dublin where it is cold, damp and very dull.